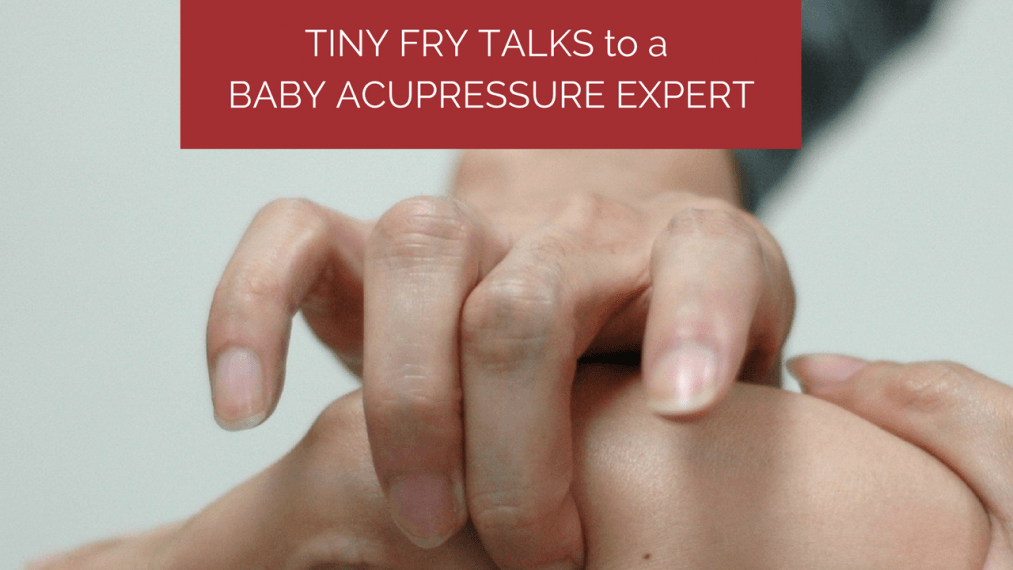 1. Tell us a little bit about yourself, your background and your areas of expertise. What led you into the fields of acupuncture and Chinese medicine? 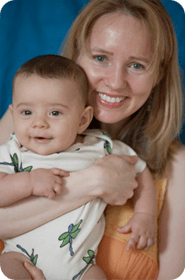 With the Holistic Baby Acupressure System, I have been able to fuse two together my two greatest loves - Chinese Medicine and children.

I graduated from the Pacific College of Oriental Medicine in 2000 after a search for a career that would allow me to integrate both energy medicine and herbalism.

2. What is the Holistic Baby Acupressure System and what led you to create it?

After the birth of my son I suddenly became part of this new community of mothers and was introduced into the often daunting world of parenting and childcare. As an only child from a small family I had never been exposed to the challenges of this phase of life.

In school we had learned pediatrics, but there had never been any hands-on practice. It was brand new territory for me! I witnessed some of my friends as they battled with their baby's sleep issues and I saw how lack of sleep impacted the whole family unit and created disharmony and in some instances, disease.

In our household, sleep wasn't much of a problem, but I became curious how Chinese Medicine could help with baby sleep difficulties.

Very early in my acupuncture practice I had been introduced to a simple but very effective acupressure protocol for jet lag prevention developed by an acupuncturist in St. Louis back in the 1970's. I had been fascinated by it and sent off all of my globetrotting patients with a packet of points and directions on how to use them. They would always come back amazed at how well it had worked, how easy it had been to do, and grateful that their trips hadn't been disrupted by days of jet lag. One day I had an Oprah Winfrey inspired "AHA MOMENT" and wondered if this same protocol could improve pediatric sleep.

The first thing I did was research what baby sleep advice was being given to parents. I read a tall stack of the most popular books on the subject and found that baby sleep was a very contentious and controversial subject!

There are many different philosophies and methods for helping babies sleep, from the cry-it-out techniques to the attachment parent practices. In my research I didn't find anything that approached baby sleep from the perspective of Chinese Medicine and its unique appreciation of the differences in sleep disturbances based on energetic imbalances.

With this new information I proceeded to conduct test groups all around the United States to see if this jet lag protocol would have any positive impact on pediatric sleep.

3. Tell us about the tests you carried out, and most importantly, your findings. 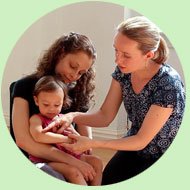 I personally conducted test groups in New York City, Ithaca, NY and Raleigh, NC and colleagues of mine carried out test groups in both Colorado and California.

Parents were instructed in the location and massage of 12 acupressure points and then sent home to use them in specific protocols to improve sleep. After the training, parents completed several questionnaires to report the results of their use over the course of a month. These trials were invaluable in that they demonstrated that, for most babies, the 12-point jet lag protocol worked to adjust sleep patterns and to improve the predictability of sleep. For those babies that it didn't help, it gave me the opportunity to create additional sleep treatments using the same 12 points that addressed specific patterns of sleep issues according to the Chinese theory of the Five Elements. These became the four Alternative Sleep Protocols.

It was at this point that it occurred to me that if parents were going to take the time to learn 12 acupressure points that I should maximize their utility by also creating Wellness Protocols to address the most common pediatric health complaints. This led to the creation of the two branches of the Holistic Baby Acupressure System - the Sleep System and the Wellness System.

​4. What kinds of illnesses can acupressure be used to treat?

5. How can parents learn the technique? 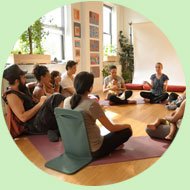 I teach workshops in the metropolitan NY area and parents who can't attend in person can purchase my book, Holistic Baby Acupressure System: 12 Acupressure Points for Pediatric Sleep Improvement and Wellness Support and/or the instructional DVD.

6. What is the Well-Baby Protocol?

The Well-Baby Protocol is the most important thing that I teach parents to keep their babies healthy and thriving! It is my dream to get all parents to put it into practice.

It consists of three procedures that, when done on a daily basis, will help support the immune system, aid in digestion, and promote normal growth and development. Chinese Medicine, at its best, is about preventing illness and keeping the bodily energies strong and resilient.

7. How does American and Chinese medicine differ when it comes to treating children’s illnesses and sleep issues?

Western Medicine offers wonderful heroic treatments and, in acute situations, can be life saving whether through surgery, medications or emergency care. It often fails though in the treatment of chronic conditions where the focus is on masking symptoms as opposed to curing the underlying condition.

Chinese Medicine focuses on the root cause of the disease while also attending to the symptoms.

Patients come to me all the time after having exhausted all Western treatment strategies and are willing to try an alternative approach. Most recently I saw a 9-month old baby who had phloric stenosis and had been treated with both surgery and medication with incomplete resolution of his symptoms. After one acupuncture treatment and daily acupressure treatments at home with his mom he is almost completely symptom-free!

8. Can you share some massage tips for parents to help improve their children’s sleep?

While there are 1-point treatments for some conditions like eye infections, teething pain and vomiting, sleep issues generally require a full round of the General 24-Hour Protocol which include 12-points or the Alternative Sleep Protocols which include 4 points.

There is a point located between the eyes called Yintang that, when massaged upward, can ease a baby to sleep and that I used very successfully with my own son, but it might not be enough for all babies.

9. When giving an acupressure massage to a child, what tools are needed? Is there a certain time of day or environment that is best? Is there an appropriate age for the child?

When I treat children in my office I often rub the points with a special metal tool called a shonishin device. Metal very efficiently conducts the energy through the acupuncture meridians or channels. I teach parents to stimulate the points with various smooth metal objects like spoons, coins or rings, preferably of gold, silver, bronze or copper.

Some babies refuse to have any foreign object rubbed on their skin though and for them it is perfectly effective to use finger pressure alone. I just counsel parents that when using metal to stimulate the point for about 1-minute per side and when using finger pressure to do it for about 2-minutes per side. 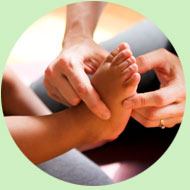 In the Holistic Baby Acupressure System, I teach the 12 acupressure points according to the Chinese Clock. In Chinese Medicine every two hour period of the day is governed by a different organ system and during its "time" it is at its strongest. The Stomach is at its peak from 7am to 9am.

It is my contention, and I talk about this in my book, that one of the reasons that colic is worse at night is because that is the time that the Stomach energy is at its weakest. The points that I teach don't have to be done during their "time" except when doing the General 24-Hour Protocol which balances the body clock and helps to normalize sleep patterns.

Acupressure is appropriate for all ages. In general, I recommend the Holistic Baby Acupressure System from infancy to the age of five because many of the conditions don't affect older children, but there is no expiration date on the effectiveness of the points! In fact, in the book I recommend the General 24-Hour Protocol for everyone to combat jet lag and to adjust for Daylight Saving Time sleep issues.

10. Where can people find you if they want more information?

People who want more information can go to my website, Holistic Baby Acupressure System, ​my book's website, my Facebook page, or they can go to Amazon.com and read the 5-star reviews parents have given my book!

They can also email me directly at jennifer@holisticbabyacupressuresystem.com. It is my professional mission to spread the love of Chinese Medicine to the next generation!