Have you ever worried and thought to yourself, my toddler wants nothing to do with me?

When your toddler says “no” for the first time, it marks the beginning of a slippery slope to independence. Certainly, it’s a milestone worthy of celebration, but it’s also a confusing phase of development.

Who would’ve guessed that such a small word, in the mouth of a small child, could have such an enormous and perplexing impact on parents?

This period is often called the “Terrible Twos” because of the temper tantrums that will (most likely) occur on a semi-regular basis. This is an exhausting time for everyone involved: parents are affronted by this sudden shift in behavior and kids are outraged that no one seems to understand their immediate needs and feelings.

The first thing to consider is that there’s a heck of a lot going on in a toddler’s brain.

According to a NYC family psychologist, “They’re experiencing the most rapid brain development of their lives throughout this period—a whopping 700 new neural connections every second.”

OK, so now that you know this, what are you supposed to do?

When your toddler strikes out at you (the parent), chances are she’s upset with a situationrather than with you personally.

For example, when you try to lovingly comb her hair and put on her clothes, she may lash out because she wants to get herself ready on her own. They key is to recognize and respect her desire to do “big girl” things while remaining the one in control.

By nature, your toddler is a curious creature; he learns about his surroundings through hands-on experiences. Since he’s incapable of asking in-depth questions, he’s inclined to get up close and personal with whatever catches his eye.

Certainly, his inquiring mind is both a blessing and a curse. As the parent, it’s your job to encourage exploration in a manner that’s safe, productive, and (whenever possible) fun.

It’s not worth arguing every time your little one says “no” or insists on doing something without your help.

Remember, in the heat of the moment, he won’t be able to follow a logical argument and chances are you’ll both wind up more annoyed than when you started. What’s more, if you get in the habit of fighting back, he may stop trying out new skills just to avoid the confrontation. 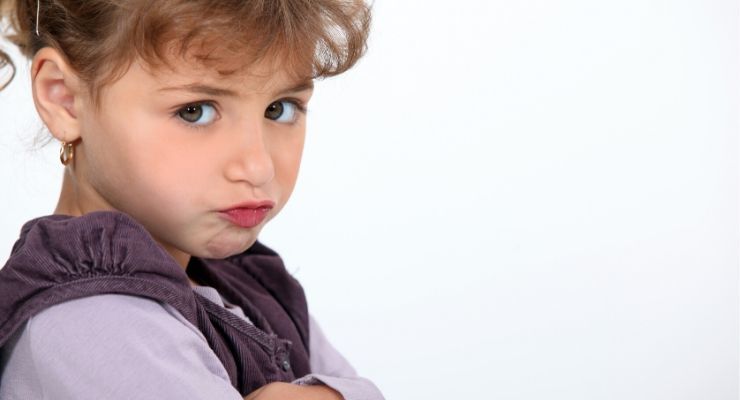 Of course, you don’t want to let your toddler run the show, but how about meeting him halfway?

For example, instead of allowing him to get dressed on his own, make a deal that he can put on his pants and shirt and you’ll help with his shoes and coat; instead of letting him strap himself into his stroller, let him climb into it on his own and you secure the buckle.

It’s not possible to look into the future and see when your little one will have her next meltdown, but knowing her personality, you probably have a pretty good idea about what might set her off.

In turn, whenever possible, give yourself extra time to deal with particular circumstances, whether it’s getting settled in the car, grocery shopping, playing on the swings, or walking the dog. Seriously, sometimes just an extra 10 minutes will do the trick.

Another strategy is to establish a designated play space where your toddler can safely explore and attempt various age-appropriate tasks.

Of course, she’ll still need supervision, but do your best to stay at arm’s length and let her explore, discover, and puzzle things out on her own.

If you can’t create a special play area, try rearranging what’s already in your home.

You can stack her favorite books on a low shelf that she can reach all by herself; have plastic bowls and wooden spoons handy for her while you make dinner; let her follow you in the garden with a watering can that’s just her size.

Keep your sense of humor

Although it can be extremely frustrating to witness your little one navigating the road to independence, it can also be a great source of amusement.

For example, instead of being irritated when your toddler dips her carrots in her milk before eating them, be grateful that she’s clearing her plate. Or when she demands to wear mismatched socks or braid only one side of her hair, recognize it as a sign of self-confidence.

At the end of a long day, even a little push-back from your toddler can feel like cruel and unusual punishment.

During these moments, take a second to remind yourself that it’s not easy for your little one either. Your child is growing at a tremendous rate—both physically and mentally—and that definitely takes its toll.

The way to forge ahead is to cast the troublesome toddler behavior in a new light.

Rather than considering stubbornness as a willful act of defiance trained specifically at you, see it as a brave signal of budding independence.

Read Also
How to Hide Vegetables in Your Toddler's Food